If you’re a food blogger already making recipe videos for social media, it might be time to consider adding video to your Pinterest strategy. It’s no longer just a paid-for feature – anyone with a business account can now upload videos for free, using the same functionality you’d use for uploading pins.

Is there anything more eye catching than seeing a moving image on Pinterest – a platform that’s known for static images? Getting users to stop scrolling for a moment and actually LOOK at your content – especially when their feed is full of traditional recipe pins – is the first step towards generating more valuable engagement: saves, click-throughs, and follows

Based purely on my own experiences, at least one recipe video has gone ‘viral’ for my clients since we’ve started uploading them, racking up tens of thousands of impressions, saves and eventually converting a proportion of those into click throughs. But even if those saves and impressions don’t yield huge amounts of web traffic, they can still be useful because…

Again, this is just my experience, but each time a video has clocked up more than 1k saves, there’s been an uplift in stats across the board – more followers, more pin saves, more web traffic – and not just from the video. It signals to Pinterest that you’re contributing useful content, which may help to get your other content circulated further

I know not all new Pinterest features are a hit (uh, Communities, anyone?) but through its continued improvement of the video function, Pinterest is signalling that it’s keen to make videos a part of the Pinterest experience, and I think it’s fair to say that videos are here to stay. Being a (relatively) early adopter gives you the opportunity to test and refine your video game before everyone else catches on

5. You can repurpose existing videos

Chances are, you’re already creating short recipe videos for your other social media platforms. As long as your videos meet Pinterest’s upload criteria, you don’t need to add much more to your workflow in order to test videos as part of your Pinterest strategy. Short form square Instagram videos have really taken off for some of my clients, so you could start with those if you have them. You could also use portrait IGTV videos.  The point is this: if you’re already consistently creating videos, you don’t need to make something unique for Pinterest. Test what you have and go from there. If it works well, maybe you can create something more bespoke

So, What’s the Catch?

As far as I can see, the only catch to this is that you need to be prepared to re-pin videos manually, so you’ll need to factor in a little extra time to pin your videos out to relevant boards.  At the time of writing, Tailwind does not support video scheduling – it allows you to add them to your schedule but it’ll pin a static thumbnail, not the video.

I find it helps to have a spreadsheet to track which boards I’ve already pinned to. It’s not sexy, and it’s slow going compared to Tailwind, but it works.

It needs to be an mp4 or .mov file, less than 2GB and less than 30 minutes in length for it to meet the paid-for standards, and I think that’s a good rule of thumb to follow for unpaid too.

Step 2: Click on the red cross top right of your screen

It’s exactly the same process as uploading a pin – you should see a box open that looks similar to this: 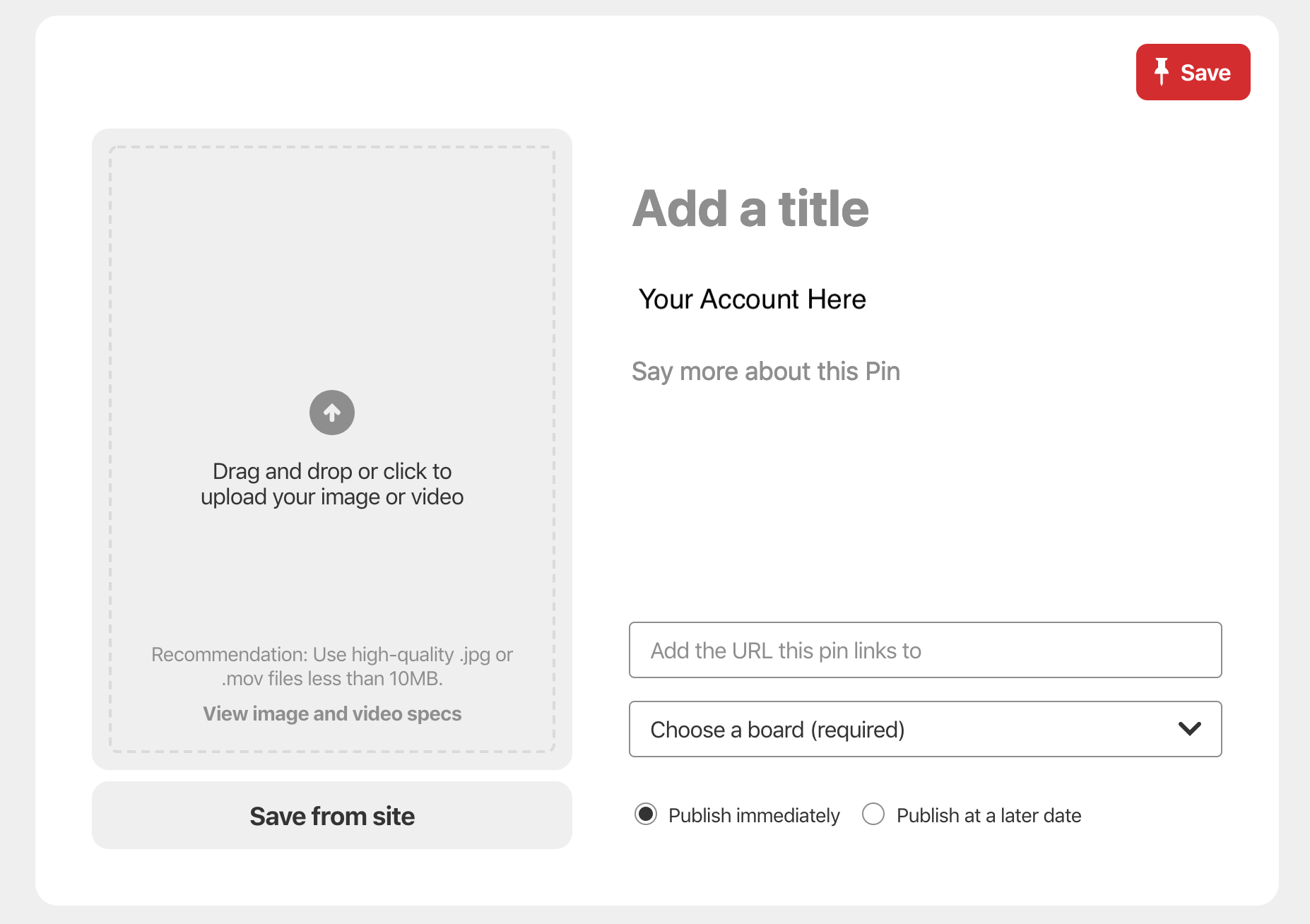 Step 3: Use keywords in your descriptions and add relevant hashtags, just as you would with pins

Make your video pin work hard for you by making is searchable.

Why not try it yourself? Start with uploading one or two per week, or even every two weeks. Save them to a Recipe Videos board first and then pin them to relevant boards from there. Check in on your Recipe Videos board once a week and see how they’re doing. If one’s taking off, be sure to focus on repinning that one at a higher rate than the others and take note of what’s unique about it so you can learn what’s working for you and replicate it.

I’d love to hear your experiences with this!

Was this useful? Pin it for later! 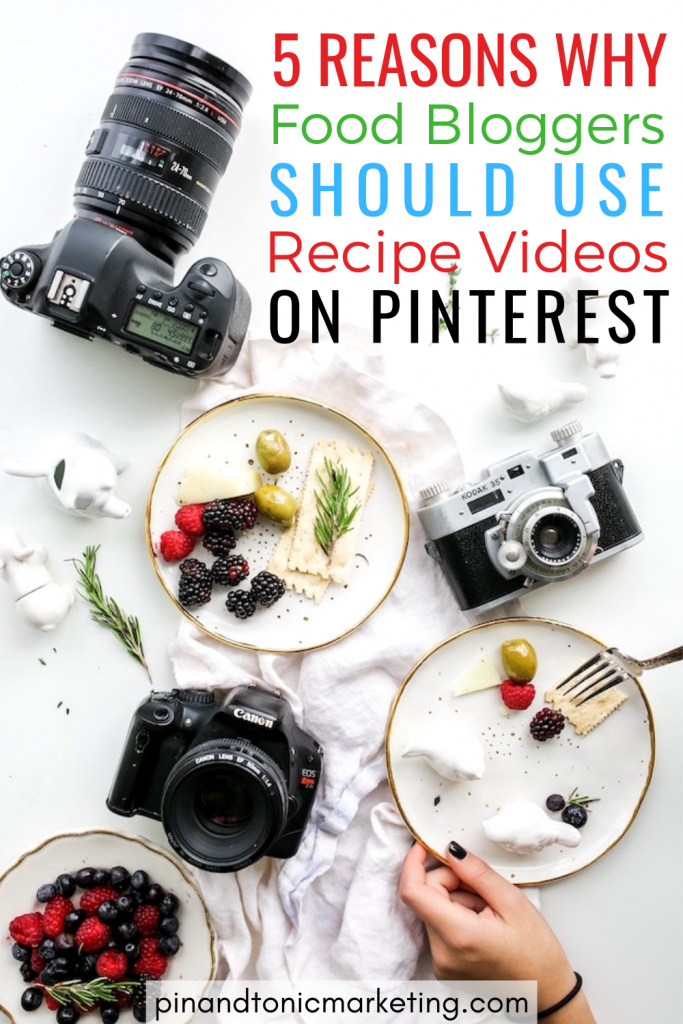